Guadeloupe’s culture is probably best known for the islanders’ literary achievements, particularly the poetry of Saint-John Perse, the pseudonym used by Alexis Léger. Perse won the 1960 Nobel Prize in Literature “for the soaring flight and the evocative images of his poetry, which, in a visionary fashion, reflects the conditions of our time.

Guadeloupe has always had a rich literary production prolonged today by many living writers, poets, novelists, essayists and journalists, among them Mesdames Maryse Condé and Simone Schwartz-Bart, M. Ernest Pépin.

Music and dance are also very popular, and the widely accepted interaction of African, French and Indian[11] cultures has given birth to some original new forms specific to the archipelago. Islanders enjoy many local dance styles including the quadrille “au commandement”, zouk, zouk-love, kompa toumbélé, as well as all the modern international dances. Typical Guadeloupean music includes la biguine, Kadans and gwo ka à la base. Popular artist an band such as Experience 7, Francky Vincent (Photo), Kassav’ and Admiral T embody the traditional from the past and the new generation of music while others such as Tom Frager grew up there. Many international festivals take place in Guadeloupe, like the Creole Blues Festival, the Marie-Galante Festival, Festival Gwo-Ka Cotellon, etc. It goes without saying that all the Euro-French forms of art are also omnipresent in the melting pot.

Whilst not in the Guadeloupean style Catherine Quinol, aka Katrin, is known worldwide as the lip synching icon of the piano-house trio Black Box, who burst on to the Music Scene in the late 80s with songs such as Ride On Time. Katrin is, however, a trained singer and she went on to release her own work.

Another element of the Guadeloupean culture is its dress. Women in particular have a unique style of traditional dresses, with many layers of colourful fabrics, now only worn on special occasions. On festive occasions they also wore a madras (originally the ‘kerchief’ from South India) head scarf tied in many different symbolic forms. The headdress could be done in many styles with names like the “bat” style, or the “firefighter” style, as well as the “Guadeloupean woman.” Jewelry, mainly of gold, is also important in the Guadeloupean lady’s dress, a product of European, African and Indian inspiration. Many famous couturiers like Devaed and Mondelo are Guadeloupeans. 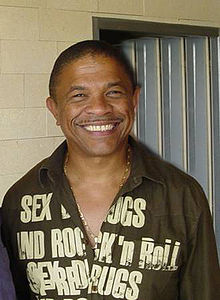 Football (soccer) is popular in Guadeloupe. Thierry Henry (photo right), a star of the French National Team and MLS club New York Red Bulls, often visits as his father Antoine was originally from the island. William Gallas, whose parentage is Guadeloupean, visits the island when not playing for Tottenham or the French National team. Lilian Thuram, a former star football defender for France and FC Barcelona, was born in Guadeloupe. The French national team and Everton F.C. striker Louis Saha is also of Guadeloupean descent, as is Kettering Town F.C. goalkeeper Willy Gueret. Pascal Chimbonda of Queens Park Rangers was also born in Guadeloupe. Inter Milan star Jonathan Biabiany is also of Guadeloupean descent. Stéphane Auvray is a Guadeloupean footballer who currently plays for Sporting Kansas City in Major League Soccer. Ronald Zubar, who plays for Wolverhampton Wanderers in the Barclays Premier League is born in Guadeloupe. The national football team experienced recent success, advancing all the way to the 2007 CONCACAF Gold Cup semi-finals, where they were defeated just 1-0 by CONCACAF powerhouse Mexico. Many fine track and field athletes, such as Marie-José Pérec, Patricia Girard-Léno, and Christine Arron are also Guadeloupe natives. The NBA players Mickaël Piétrus, and Rodrigue Beaubois were born in this island.

Even though Guadeloupe is part of France, it has its own sports teams. There is also a rugby union, a small but rapidly growing sport in Guadeloupe. France international & Stade Français centre Mathieu Bastareaud (a cousin of French international & former Arsenal centre-back William Gallas) was born in Guadeloupe.

This island is also internationally best known for hosting the Karujet Race – Jet Ski World Championship since 1998. This amazing 9-stage, 4-day event unites competitors from all around the world (mostly Caribbeans, Americans and Europeans). The one-of-a-kind Karujet, generally made up of 7 races all around the island, has an established reputation as one of the most difficult championships in which to compete. All challengers, both amateurs and professionals, who attend the Karujet are astonished by the diverse, incredible and unique waterbodies the “butterfly island” provides.

The Route du Rhum is one of the most prominent event nautical French sport that occur every 4 years.

World-famous bodybuilder Serge Nubret was born in Anse-Bertrand, Grande-Terre, representing the French state in various bodybuilding competitions throughout the 1960s and 1970s, taking 2nd place in both the 1973 and 1975 IFBB Mr. Olympia contests. On the female side, Marie-Laure Mahabir also hails from Guadeloupe. 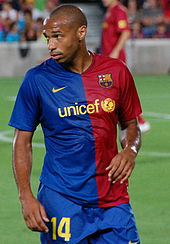